Welcome to GladstoneOne Help and Training, a comprehensive collection of guides and lessons to help you get the most out of your GladstoneOne product. We’re constantly working hard to add the resources you’ve asked for and to make this as comprehensive a guide as possible. There are currently over 200 lessons available to get you started, but if you do have any further questions or comments, please don’t hesitate to get in touch.

Thanks for choosing Gladstone One

After completing this lesson you should be able to:

- Change the permissions associated with a user role

To add or remove permissions from a user role 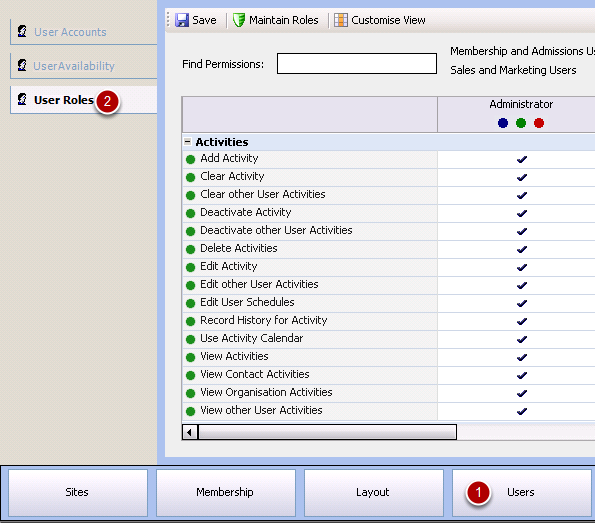 Click the Users button on the Navigation Bar (1) at the bottom of the screen.

Select the User Roles Sidebar tab (2). This will bring up the grid list view showing the existing User Roles. 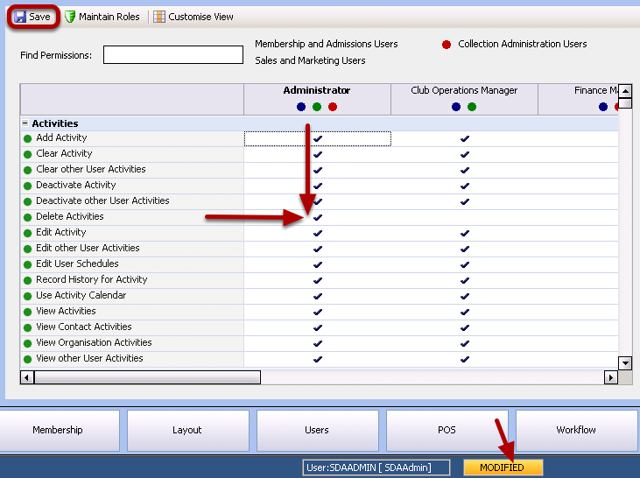 The left hand column in the User Roles window displays each of the permisisons that can be assigned to a User Role. Subsequent columns show the current permissions for each user role. A tick represents the permission is currently active in that role.

To add a permission:

Find the permission you wish to add in the lefthand column, scrolling through the list as nessesary.

Place a tick in the permissions row under the column that matches the User Role you wish to add it to.

To remove a permission:

Remove the tick in the permissions row under the column that matches the User Role you wish to remove it from.

When you have made a change to the permissions the MODIFIED message will be displayed next to your username.

Click the Save button to finalise the changes and make the permission changes active.

To rename a role 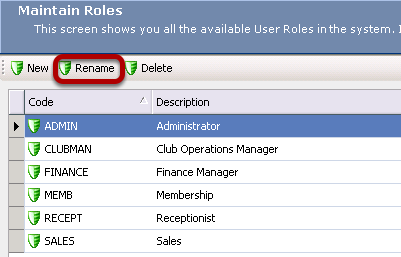 Highlight the User Role you wish to rename and click the Rename icon. This will bring up the Rename Role window.

Enter the new Role Code and Role Description and press OK to confirm.